There Are No Endings Only New Beginnings...

Every so often tragedy strikes. Just when you thought everything was going great the world tumbles down. The only way to look at these dark times is to remember that there are no endings only new beginnings. I'd like to share some of Osho's transformative wisdom.
~Lori Marie
*****

Existence is continuous, it is a continuum. There is not a single moment's gap in it. No death is death, because every death opens a new door--it is a beginning. There is no end to life, there is always a new beginning, a resurrection.

If you change your sadness to celebration, then you will also be capable of changing your death into resurrection. So learn the art while there is still time.
I have heard about three Chinese mystics. Nobody knows their names now, and nobody ever knew their names. They were known only as the "Three Laughing Saints" because they never did anything else; they simply laughed.

These three people were really beautiful--laughing, and their bellies shaking. And then it would become an infection and others would start laughing. The whole marketplace would laugh. When just a few moments before, it was an ugly place where people were thinking only of money, suddenly these three mad people came and changed the quality of the whole marketplace. Now they had forgotten that they had come to purchase and sell. Nobody bothered about greed. For a few seconds a new world opened.

They moved all over China, from place to place, from village to village, just helping people to laugh. Sad people, angry people, greedy people, jealous people--they all started laughing with them. And many felt the key--you can be transformed.

Then, in one village it happened that one of the three died. Village people gathered and they said, "Now there will be trouble. Now we have to see how they laugh. Their friend has died; they must weep."

But when they came, the two were dancing, laughing and celebrating the death. The village people said, "Now this is too much. When a man is dead it is profane to laugh and dance."

They said, "The whole life we laughed with him. How can we give him the last send-off with anything else?--we have to laugh, we have to enjoy, we have to celebrate. This is the only farewell that is possible for a man who has laughed his whole life. We don't see that he is dead. How can laughter die, how can life die?"

Then the body was to be burned, and the village people said, "We will give him a bath as the ritual prescribes." But those two friends said, "No, our friend has said, 'Don't perform any ritual and don't change my clothes and don't give me a bath. You just put me as I am on the burning pyre.' So we have to follow his instructions."

It was not a death, it was a new life.

There's much wisdom in Osh's parable but I will not impose my reflection upon you but simply suggest you take sometime to reflect upon it yourself.

Interact with Lori Marie by contacting her through www.WhtsUrSgn.com 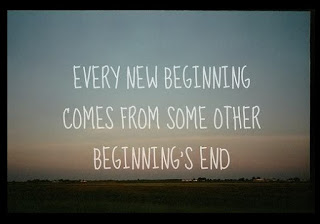 Just for today try doing something with the intent of making things brighter for someone else...